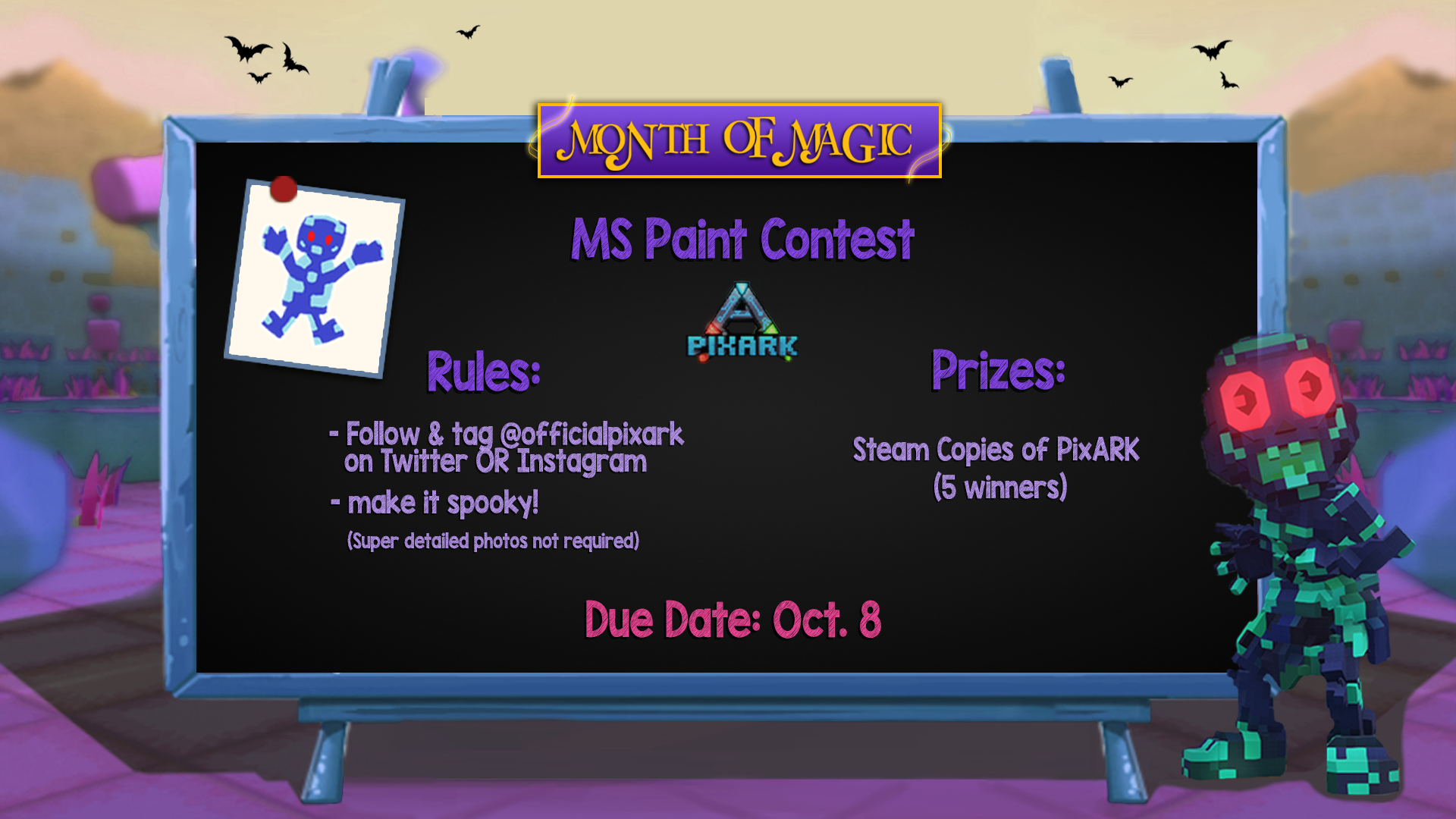 To celebrate the Month of Magic, PixARK is kicking off our first contest: The PixARK MS Paint Art 🎨 Contest! Simply tweet or tag us on Instagram with a simple, SPOOKY, digital PixARK drawing by October 8th! It can be as simple as a stick-figure Sauropod, or as intricate as a Monalisa Megalodon for a chance to win a copy of PixARK!

Here are the accounts you can tag! Don't worry, if you don't use social media, we'll have some other events for just Steam users later this month!